In a small country town in Victoria, called Leeton.

In a Melbourne respite home, after a short illness she died of pneumonia.

Her father was Herbert John George, but everyone called him John. His family had come from Wales.

Her mother was Margaret Christina (nee Blanch), and everyone called her ‘Teena’. Her parents had come from Ireland in 1867. They had ten children from the years 1910 to 1925, although two of these children died, I’m not sure of the years or circumstances.

Mum was a very tall woman, especially for those times. She had curly dark hair and always kept herself looking tidy. 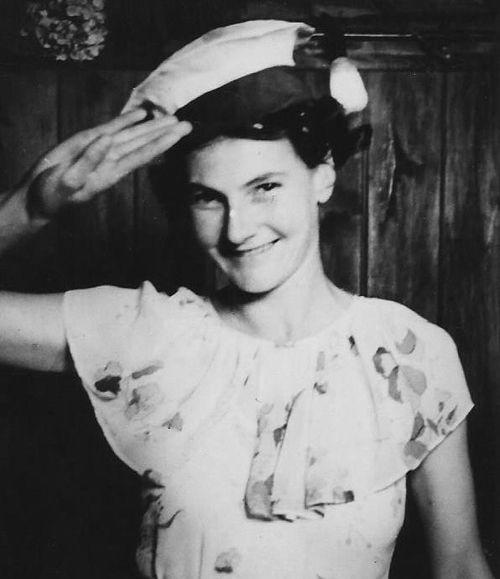